Yana is a small village in North Karnataka, located in the Sahyadri Range of the Western Ghats. It is about 50 km from Gokarna and is known for its numerous unusual rock formations. There are several black crystalline rock formations in this vicinity. While most of these rock formations are very small, there are two huge monolithic rocks the stand out prominently due to their massive size. While Mohini Shikhara is about 90m tall, and Bhairaveshwara Shikhara is 120 m tall. These two rocks surrounded with the picturesque green forests will surely leave you awestruck. There is an interesting story that religiously links this place to Hindu Mythology too. 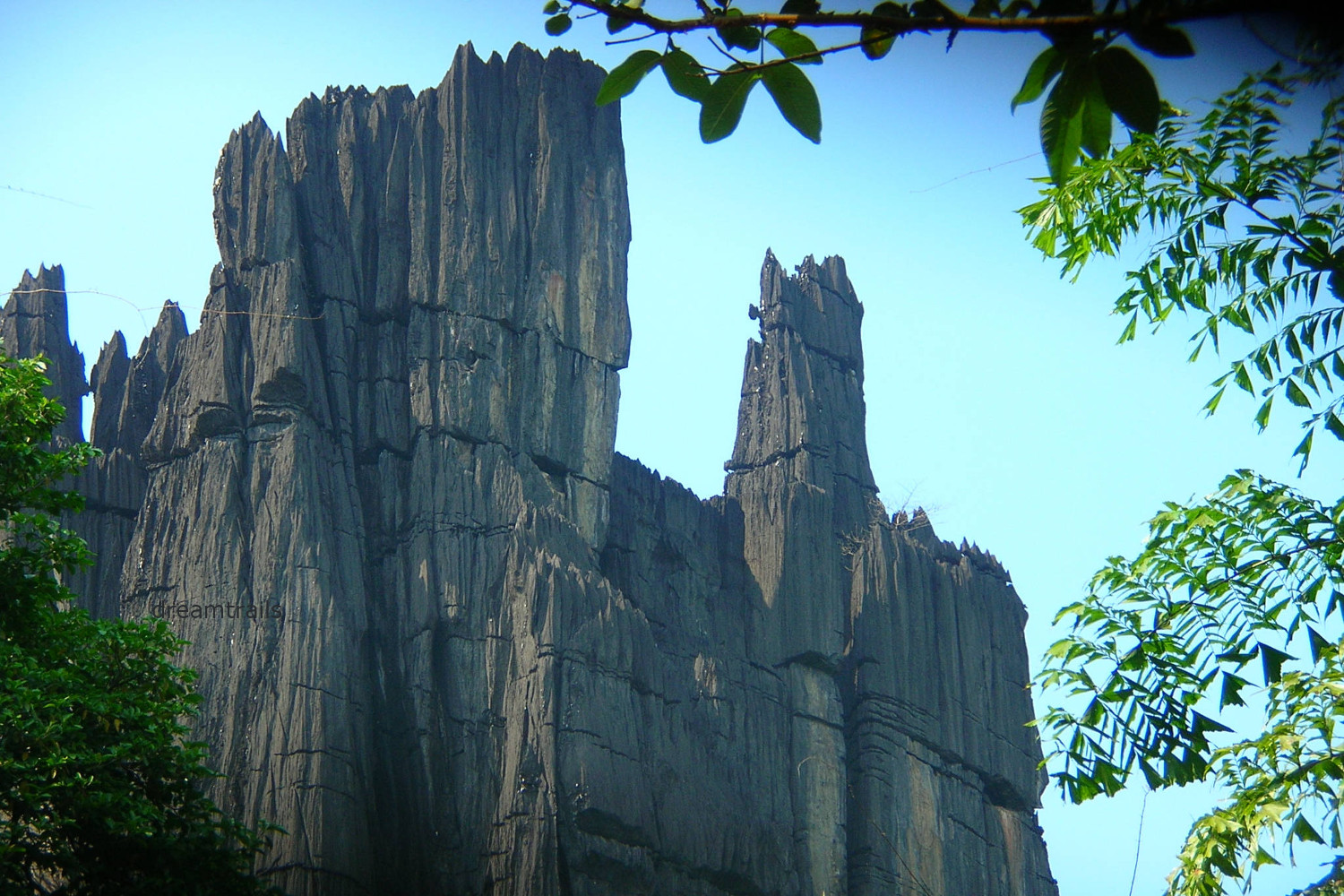 The story is of daemon king Bhasmasura who had obtained special boon from Lord Shiva which converts everything he touched into ashes (bhasma). After attaining the boon, he wanted to test his newly acquired powers on Lord Shiva himself, by placing his hand on Lord’s head. Bhasmasura chased Lord Shiva with the intention of destroying him. A worried Lord Shiva decided to seek help from Lord Vishnu. Lord Vishnu agreed to save Lord Shiva’s life, and to help, he took the form of a beautiful damsel called Mohini. Bhasmasura was so enticed with Mohini’s beauty that he got distracted from his original intention of testing his powers on Lord Shiva. Mohini had challenged Bhasmasura to engage in a dance competition, in which Bhasmasura should perform all the dance steps and poses as she herself does. Bhasmasura agrees for the competition, and the same begins. Few steps into the competition, Mohini very cleverly poses where her hand touches her head. Bhasmasura, to please Mohini, tries to repeat the pose, and places his hand over his own head. Because of the power he had, he was burnt into ashes by his own hands. 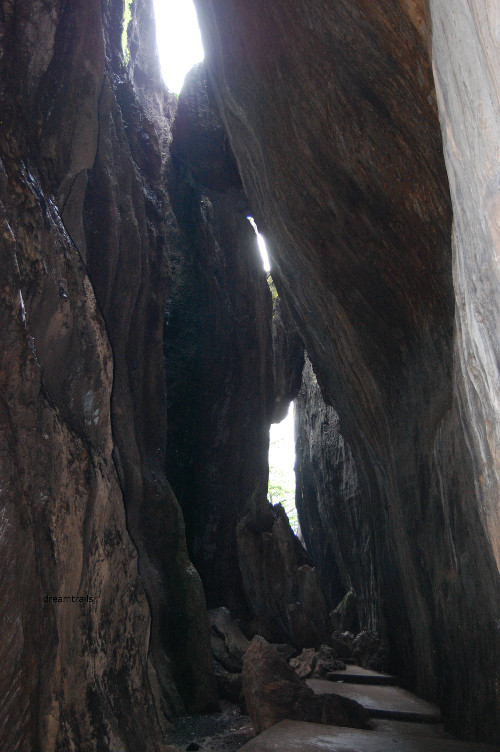 Cave behind the temple

A small temple dedicated to Lord Shiva is present near Bhairaveshwara Shikhara. It is believed that the “linga” here is self-emerged. Water drips from the roof over the linga which adds to the holiness of the place. The legend also says that, whenLord Shiva was trying to escape from Bhasmasura, he had taken refuge in this very cave/peak. If you walk past the temple, you can see a 10 feet wide opening in the rock of Bhairaveshwara Shikhara that leads into a cave. You can enter the cave from one end and come out of the other, and complete one revolution to the temple. 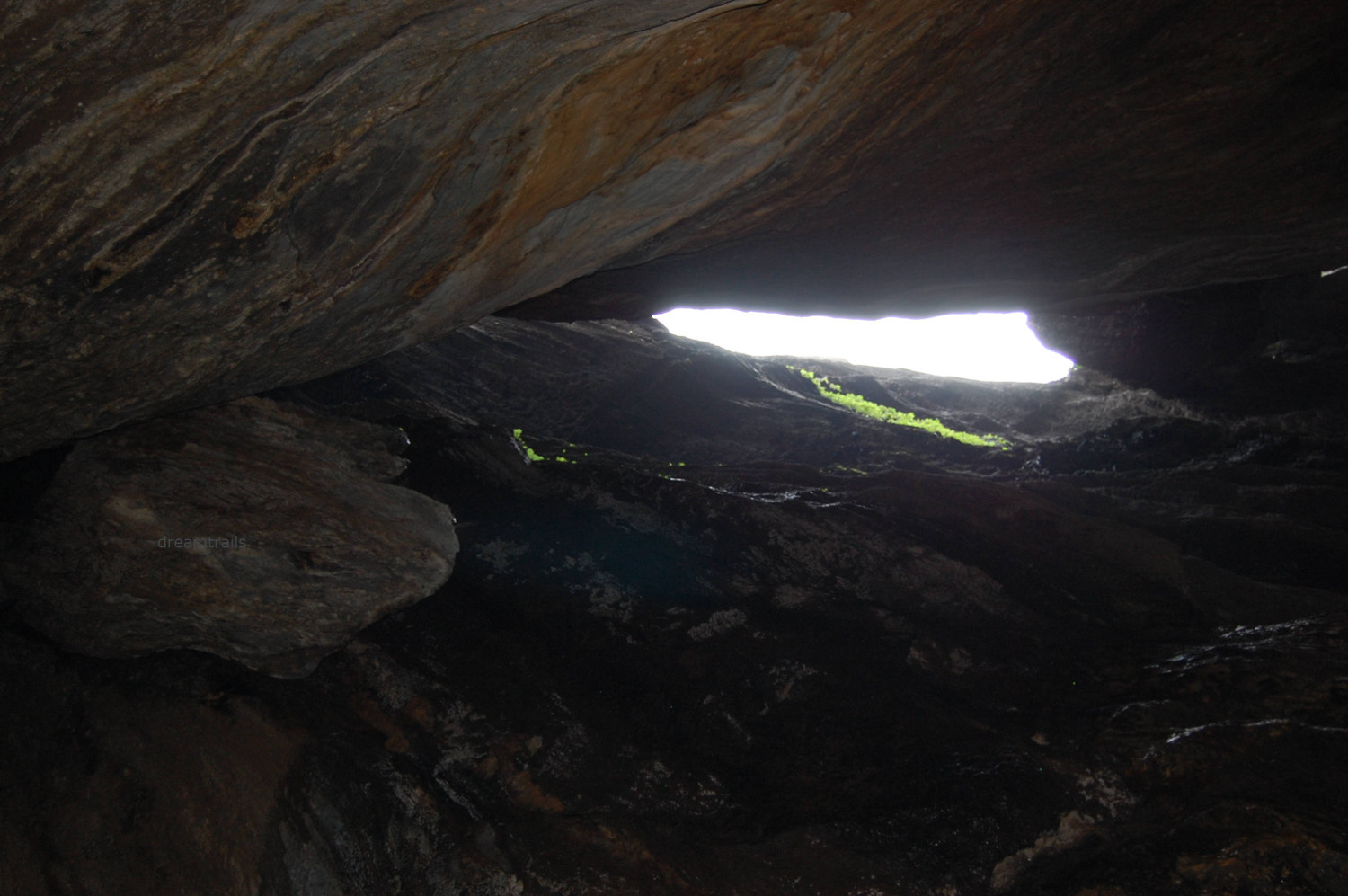 View from bottom of the cave Another view! At a different place in the cave!

It is believed that when Bhasmasura touched his own head, the fire was so intense that it burnt everything around and turned into black ash. The black dust that you see today in this area is believed to be a result of the same. The black dust in this area is so intense that if you wander inside the cave, your shoes (and bags if any) are covered with the it! Today, the caves smell badly of bats. You can also spot several beehives on this cave. If you dare to go past these hiccups, you will find the cave exploration really adventurous. 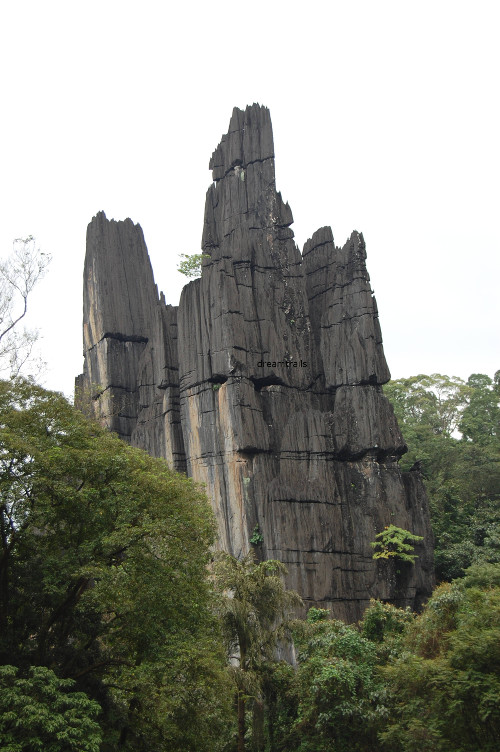 After exiting the cave

Mohini Shikhara is slightly smaller (90m) rock that is located few meters away from Bhairava Shikhara, The rock is dedicated to Mohini. An idol of Goddess Parvathi is installed in the base of the peak. You can also venture out to go around this rock, but beware of the thick bushes surrounding this rock! 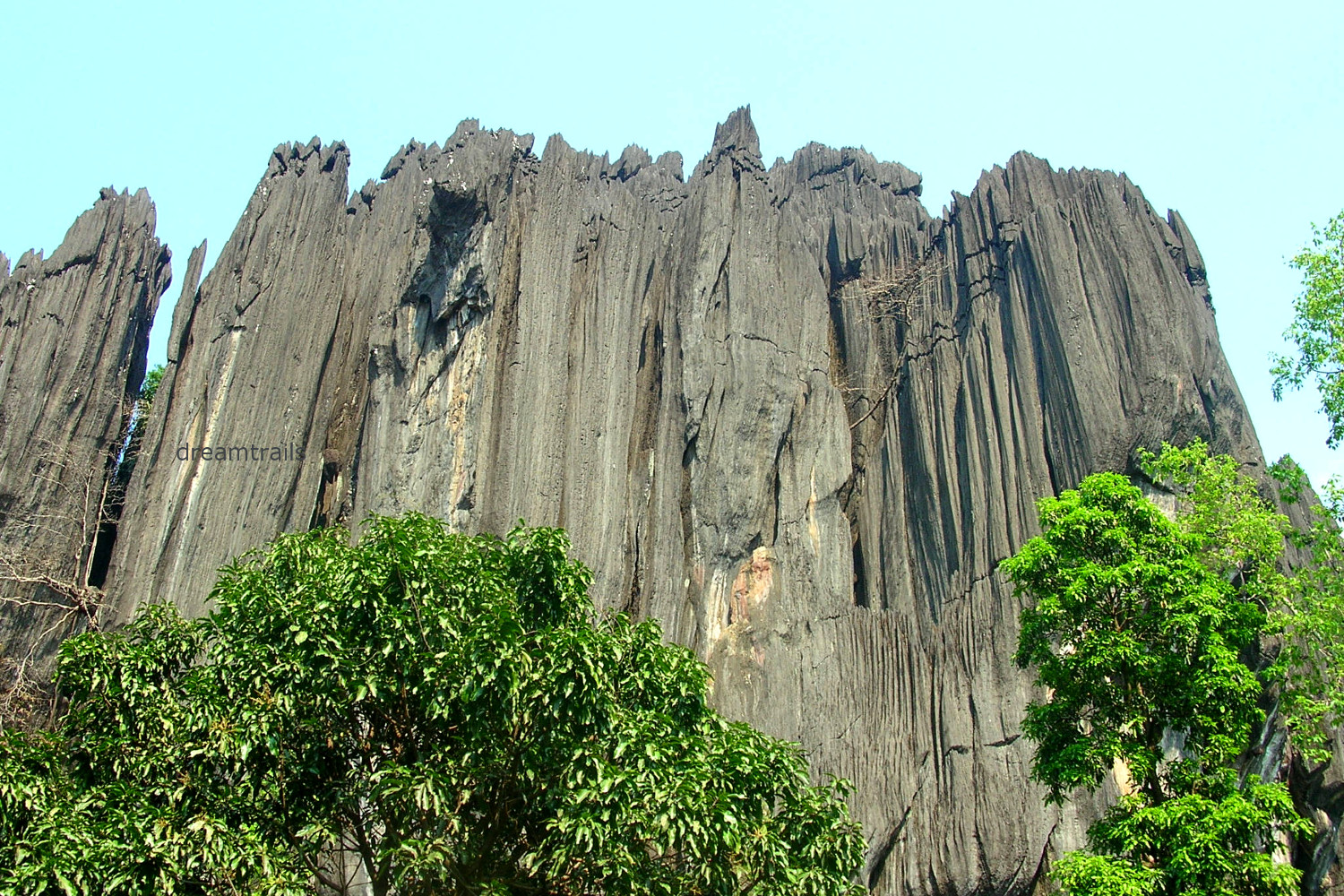 You can reach Yana by taking two routes. On one of the routes, you have to trek/hike for about 3 km in the middle of the forests, with the black dust settling on your shoes, trousers, bags, cameras and so on. With the other route, you can drive until you are just half kilometer away. From there a small ascent will get you to Mohini Shikhara. The path from Mohini Shikhara to Bhairaveshwara Shikhara is steeper than rest of the path.

If you visit Yana during the off-monsoon season, you can also visit Vibhooti Falls nearby. This falls in nearly inaccessible due to the slippery walkway leading to the falls. Post-monsoon is a good time to visit this falls as its beauty increases multi fold due to large amounts of water descending down.

Yana Caves is just one hour drive from Gokarna or Karwar. If you are visiting either of these places, you can include Yana Caves in your trip.

If you are looking for a private or customized tour, check out the Tour to Gokarna, Karwar, Dandeli and Yana Caves.